Indian IT companies have a significant global presence. About 200 Indian IT firms are present in around 80 countries globally.

Why a blessing in disguise?

Most Indian IT companies derive more than half of their revenues from the Americas. However, the recent decision to suspend the H1-B visas by the Trump administration is a blessing in disguise as the most likely scenario is for businesses to shift to India.

Such an eventuality can confer the following benefits:

Work shifts to India: Despite visa suspension, US firms availing IT support from India would prefer Indians as suitable talent is in short supply locally. Moreover, they would prefer continuity in service delivery. Scouting for new talent or changing vendors may not be preferred as these may turn out to be costly. The pandemic has already renewed the trust for offshoring more work to India.

Higher employment: In the current scenario of COVID, shifting more work to India will increase employment opportunities for fresh graduates who would have been otherwise hit badly. Domestic IT firms and captives of global giants here expect hiring to increase by 15% now as against 8-12% estimated earlier. Besides, new opportunities will open up for those who lost their jobs due to the COVID outbreak.

Margin positive: Shifting work offshore from the US to India is margin positive and a win-win for all. While global companies definitely gain access to a vast talent pool at a reasonable cost, Indian IT firms will be saved from huge salary expenses due to employees being sent for onsite work abroad. Besides, export revenues will also go up as Rupee is expected to weaken going forward.

More global in-house centers (GICs): India has around 1,300 captive centers of global technology companies employing nearly one million. Visa and immigration curbs in the US are expected to result in more GICs coming forward to set up base in India. India offers several advantages such as an English speaking talent, availability of enough graduating pool to pick from, cost efficiencies in infrastructure, etc. Besides, they can make India a global export hub.

Growth headroom offered by the BFSI segment: India’s BFSI segment will be critically dependent on the up-gradation of digital and IT infrastructure for future growth. Since the scale of digital expansion is still low in India, the headroom available to the IT industry would be huge. Domestic IT companies as well as GICs will have enough space to benefit from this opportunity if they focus more on India.

Less movement of senior talent: As existing as well as new GICs ramp up their in-house centers in India, there will be lower movement of the senior leadership team to headquarters. This results not only in cost reduction but also lead to a faster decision-making process. The overall impact will be better profitability for the companies.

Indian IT companies will benefit as they can now increase the share of Indian revenues from below 5%.

Indian economy is expected to contract by 5% in 2021. If recovery doesn’t happen as expected in subsequent years, this will adversely impact IT projects and they may relocate.

Also, if global economy grows slower than expected, IT exports too will weaken. This will put a stop to GICs plans to make India an export hub. Higher FII inflows and probable INR appreciation can also be a dampener to exports.

It is important to note that Trump is facing an election and he may announce populist policies to lure global giants towards U.S.

Tax cuts or even a waiver till year-end may be announced. Despite US debt being more than 100% of its GDP, he announced a massive US$ 3 trillion stimulus. Going by this trend, it shouldn’t be surprising if he announces more sops for the IT sector

While India has its own advantages, it faces stiff competition from other emerging locations such as Poland, Romania, Budapest, Costa-Rica, and Brazil as large multi-nationals explore potential geographies to set up their GICs.

Skills which should be in focus

1) Despite US contributing more than half of IT cos’ revenues, the decision to suspend visas for tech workers is a boon. Explain

2) As Global In-house Centres set up base in India, which are the key skills likely to be in demand?

3) List some unique advantage that India offers to multi-national companies to set up captive centers.

4) How does the US move to curb visas benefit Indian IT graduates?

5) How do more in-house centers of global firms speed up decision-making?

Prior to joining ET Prime, was Senior Economist with Bank of India. Prior to that was an Economist in Andhra Bank (now Union Bank of India) and also served in ICFAI University as a research fellow.
Also a Member of the IBA Monetary Policy Group, and was a visiting faculty in Economics area at NMIMS University, Navi Mumbai and K.J.Somaiya Institute, Mumbai.
Holds a Masters in Business Economics and is a Certified Associate of Indian Institute of bankers (CAIIB) 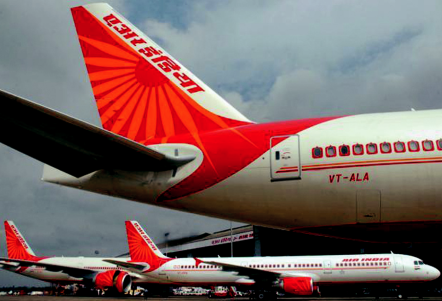 The Modi Government is aiming to divest its entire stake in the ailing national carrier, which is saddled with debts of over 58,000 cr, as of March 31, 2019. The

Products require resources for its manufacturing and thus all the varied costs incurred at different stages of the value chain should be considered. These costs could be direct – material,

Introduction This will add to the existing population in rural areas which is home to 70% of Indians. The migrants who return home after almost two months of lockdown, with

It may sound crazy, but it’s true. Finland, a small European country is aiming to reach where no one—not even the mighty America— has so far dared to go. As